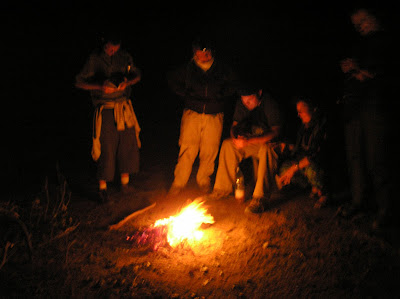 
I've not been a big one for New Year's celebrations for many years (inasmuch as celebration cor celebration's sake), but there are some glorious ones I remember. Most, it seems, are in Africa: Morocco (dancing on a rooftop to Thompson Twins in a djeleba), Tunisia (Jiffy Pop on a humongous gas stove, sparklers with hotel staff that could not be 're-lit', hash brownies on the shores of Lake Malawi lying next to a dog...)

This one added to the collection of the bizarre. I won't go on at length about the foursome who crashed our camp...but the German who went on about his big knife (insert evil Shining laugh here) or the Dutchman who was so cooked on some cornucopia of drugs that he could not make it back to his camp 50 meters away provided plenty of entertainment, and a touch of nervousness.


The beer was finished quickly, and after I emptied the bottle of rum (note: local version of the infamous Belizean 'Panty Ripper') the harsh gin (tonic long gone) was all we had. Troopers we were, we soldiered on.


Good call getting fireworks in Sevare; not so good call tossing some of them into our campfire. It did wake Glen up though - which was good as we were starting to miss his good humour (and feeling envious about his two-hour catnap). 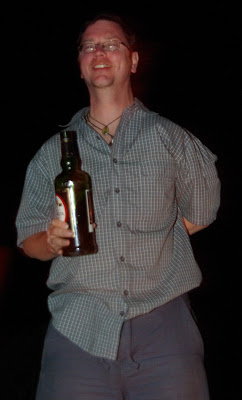 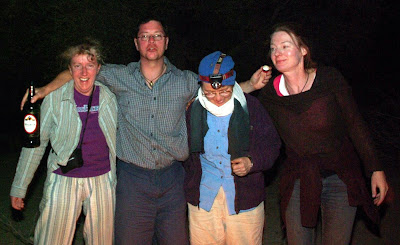 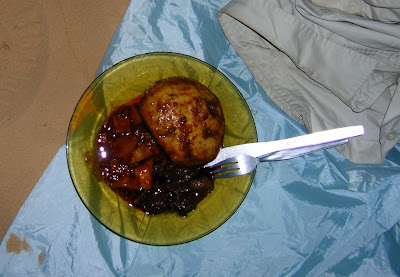