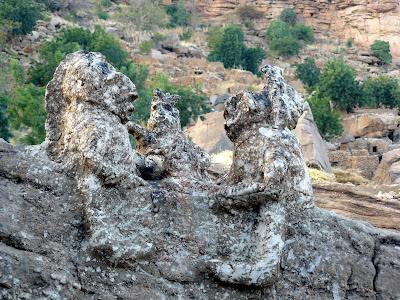 These three men are sitting next to a traditional village meeting place near the top of one cliffside village. The Hogon (roughly, spiritual chief) of a village would bring people into the low-ceilinged rock shelter to settle disputes. As those in disagreement would have to crouch down, the theory goes, fights would be curtailed in the confined space.

The Tellem predated the Dogon in this region, and evidence of their graves and hoems along the cliff face abound along the way. 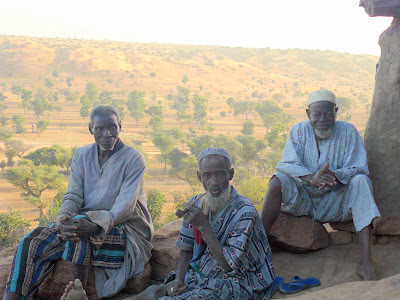 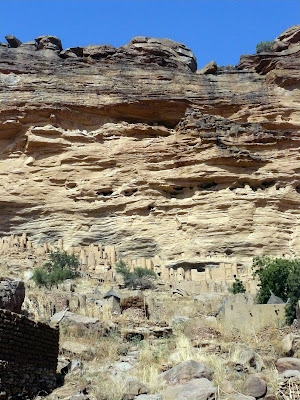 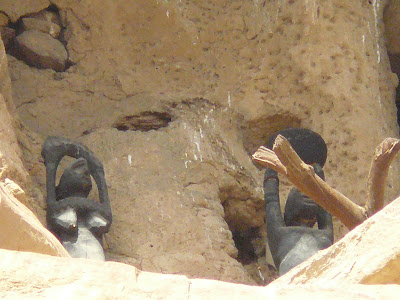