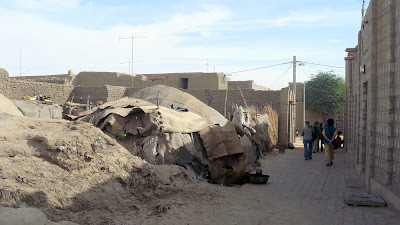 Imagine the surprise when walking through the city with a local guide discussion turns to slaves.

The dwelling you see in the first picture were referred to as the home of "slaves of the Tuareg". Former? Well, an evasive answer seems to indicate that while slavery per se may not be openly active, most definitely a stronge caste-like cultural system is still prevalent.

In reality, though, while codified it's not altogether differnet than that in many supposedly "enlightened" countries of the west.

The last picks are just a few blocks further down our rambling walk: the "main square" in front of one of the mosques. 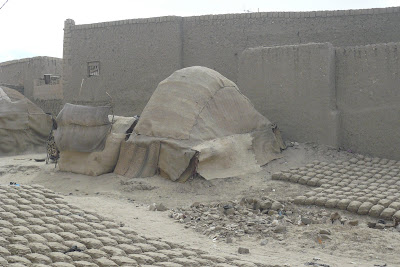 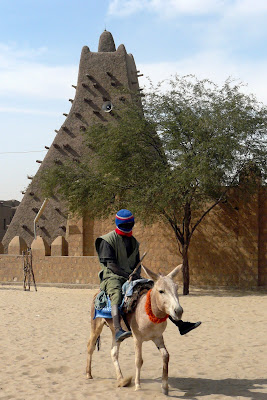 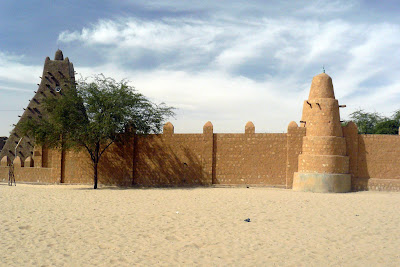